“The Prophecy of Teeth and Blood”, my first shark poem, written in 2010 after the Deepwater Horizon disaster.  It was performed to great effect* by Team Mesa 2010 at the National Poetry Slam by myself, Brit Shostak (now of Portland, OR), Tristan Marshell, and Lauren Perry. 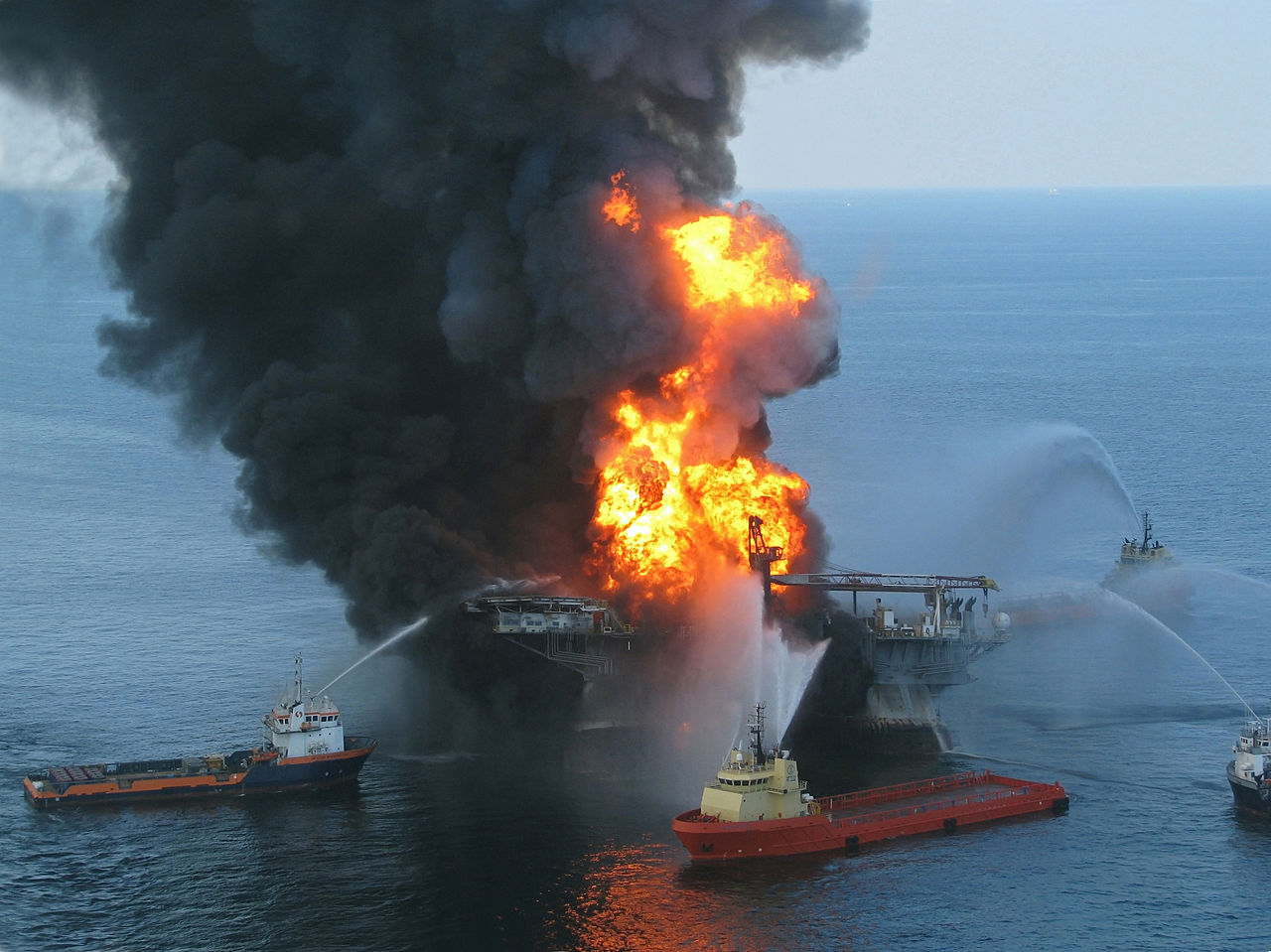 On this, the seventh anniversary of the disaster, I revisit Gulf of Mexico on that terrible day, through the unblinking, slitted eyes of a bull shark.

The Prophecy of Teeth and Blood

The feeding
has been wonderful lately,
a constant rain of food
from the surface,
none of man’s hooks
found in the meat.
Some comes polluted
inedible,
marinated in black oil,
the blood of the earth’s heart.
A big sea,
we are not many,
and there is so much to eat.
This should be bounty…
but this oil is everywhere.

First, it was noise,
the surface exploding
then wreckage through the waves
from the horizon,
to deepwater,
clattering the seafloor.
The world’s heart pierced,
noise of grinding rock,
twisting metal
and human screams
went silent.

The wandering checkerbacks,
besotted Vedics,
giants who gave up meat for plankton,
sifting the worlds knowledge from the sunlit waves
sent word through their striped disciples:
prophecy was upon us,
the age of man was at the beginning
of the end.

I was an unbeliever –
we had all heard this before.
Every time a great ship sank or
a vast storm devoured a coastline,
we would devour the bountiful drowned corpses
as the zealots about us would frenzy,
announcing NOW was the time
to bring our war upon them,
the predators of the land,
but vulnerable to our teeth,
fear evident in flowing warm piss
as we raised our dorsal battle flags.

There were always dolphins,
to keep us at bay.
Hateful creatures of sound and fury,
chattering away with their devotion to you, the intruders,
ready to rupture our bellies with terrible speed.
This time, they’re dying
when they breach the surface for air.
Their mammalian brotherhood has betrayed them.

We have no need for the surface.
We can dive to the bottom,
open our mouths,
breathe in the ocean deep,
feel her power flowing through our gills
becoming one with the Blue Eternal.

We watched you from the shore,
heard you praying to your God
to stop the bleeding,
to cauterize the wound,
to save you.
We’ve heard you call out to Him in different names before
Poseidon,
Yahweh,
Allah
but we still snatched you from the wrecks of your ships with ease
pulling you beneath the waves,
staining the water red.
He did not help your sailors then,
what makes you think He cares now?

Sure as the tides will change,
we know that one day man
will no longer toil our oceans,
we will be restored to our rightful place
at the top of the food chain;
we will need no God to make it happen;
you will do it for us.
We waited for the inevitable and now it has arrived –
you need the oceans,
but the oceans do not need you
You will not smother the waters in oil,
you will only smother yourselves

We will still be here,
constant as our hunger,
the truth, red in tooth and tail.

In 400 million years, we have seen off the dinosaurs
Tasted the fall of empires in the foundering of galleons and battleships.
We will be here long after you’ve gone,
devouring the body of your civilization
after it is washed down the river of time
and no one will mourn your passing,
because as wonderful as the feeding is today,
when you’re gone,
it’s only going to get better.

* – Scores weren’t there, but that’s because for me, Minneapolis/St. Paul has always been a sinkhole of indifference for my work (but I’m not bitter or anything – DIE MINNEAPOLIS ST PAUL DIE).

More About The Klute

Connect with The Klute